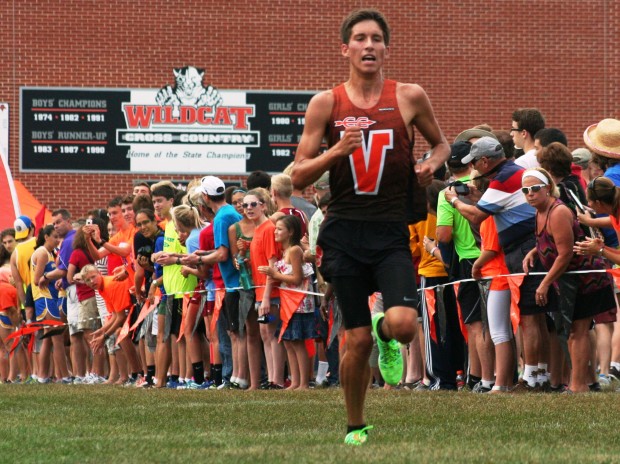 Coach Randy Marks knows a thing or two about cross country.  While coaching at Verona he has seen nine different Presidents take office in the White House.  While that's a lot of Presidents, that is not nearly the number of student-athletes that Coach Marks has been able to influence in a positive way in the Verona Area during his 50 YEARS.

As a newcomer to the Madison region, I was brought to a new level of happiness driving home from work yesterday.  I casually listen to the radio while driving home, and after a long day my brain was turned off.  Suddenly I heard names such as Ryan Namath and Olin Hacker being brought up.  I assumed my mind was hearing things becase these have been names I have been looking over in results as I learn the cross country scene.  As I turned up the radio, I realized they were in fact talking about the Verona Invitational coming up this Saturday and talking about what Coach Marks expected this season.

As somebody who has worked for over 10 years of my life to help promote this sport, it was amazing to hear it on such a form of medium.  The day was suddenly a great day, regardless of the energy drain from work.

The girls are not to be outdone as they will spike up for a 5K, yes a 5K.  Likely to dominate out front is Division 2 1600 and 3200 state champion, Amy Davis of Madison Edgewood.  Behind her will be a battle with Samantha Valentin (Middleton), Siena Casanova (Madison Memorial) and Rachel Wians (Middleton).  It will be these teams battling it out as well.

Verona will be honoring their All-State athletes, State Championship teams and perhaps most interestingly their first teams ever.

I am beyond excited to see Wisconsin XC in such a great way this Saturday.  Here is to hoping for some course records, great weather, and fun races.

Breakdown of Nameth vs Hacker

Smart money is on Hacker, but Home Field advantage has to count for something!